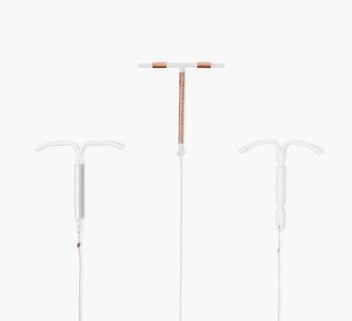 I’m proud to be the only candidate who has created a common-sense abortion policy that has broad appeal.  Everyone across the political spectrum agrees that reducing the number of abortions is a worthy goal.  Fighting over the legality and morality of abortion is not an effective way to reduce the number of abortions performed.  I hope you’ll agree that the approach below is both politically achievable and good for Arizona.

Currently, about 12,500 abortion procedures are performed every year in Arizona.

My goal as Governor is to reduce that number to less than 6000 per year.

Some people mistakenly imagine that the people getting abortions are unwed, nonreligious, minority women who aren’t interested in having a family.

Nearly 1 in 3 women have an abortion by the time they reach age 45.

This is an issue affecting women generally, not an easily defined subgroup of women.

What Has Been Tried?

Study after study shows that higher costs and stiffer legal penalties do not reduce abortions.  Such measures only increase the number of abortions performed on the black market in unsafe and unsanitary conditions.

Policies aimed at forcing women to give birth do not reduce abortions.

Abstinence-only education does not reduce abortions.

There are only 2 things that reduce abortion rates:

This policy focuses on increasing the use of contraceptives among those who are sexually active. To understand how my policies make Arizona more supportive of families, see my positions on other issues, especially my education plan.

Regarding contraceptives, condoms and the pill are better than nothing, but there is a lot of opportunity for human error.  You only have to fail once in order to have an unwanted pregnancy.  As such, I do not recommend the state increase its investment in these methods.

Instead, I recommend a program of voluntary long-acting reversible contraceptives (LARCs). The LARCs I specifically propose using are IUDs and vasectomies.  The cannabis tax would allow for approximately 200,000 procedures annually for the most vulnerable populations who have the highest likelihood of being party to a pregnancy that would ultimately end in abortion.  Again, all procedures would be elective.

Colorado provided free LARCs to young women, and teen pregnancy fell by 45%.  Our program is even more ambitious and will have even more impressive results.

There are about 1.25 million women aged 15-45 in Arizona.  Only 1% of them are likely to have an abortion each year, but up to 16% of them and their partners could participate in the program per year.

Phrased differently, in order to reach our goal of cutting abortions in half we only need 1 in 30 participants in the program to be a person who would have had an unwanted pregnancy that would have ended in abortion.
Those are pretty good odds.

Let’s Do This Together

I’m proud to have outlined an abortion policy that anyone of any political persuasion can support.  Join me in the fight to unify Arizonans around our shared goals and values.

If you are committed to reducing the number of abortions that happen in Arizona, there are 2 things you can do to make sure that happens:

Again, thank you for your support!  It means a lot, and it’s making a difference!