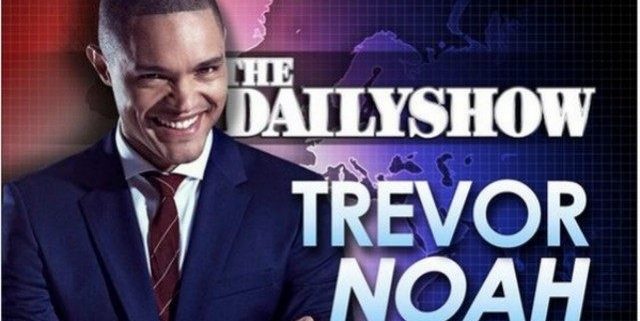 So, I was on the Daily Show last week.  The spot was hilarious.  I thought I’d share a little bit about how it all went down.

Back in February when I was getting a lot of national coverage for my initial announcement, a producer from the Daily Show reached out to talk with me.  We talked for quite a while about my campaign overall and about my approach to transparency.  He said he thought it was very cool and compelling and said he wanted to pitch his team with the idea of doing a segment with me.

Given that it was the Daily Show, I was obviously a little concerned about how I would be portrayed, but I didn’t even have to ask about their plan.  He volunteered how he saw it playing out.  Basically, at the beginning of the segment the reporter would be very against the idea, but by the end of the segment they would come around to thinking, “This is pretty cool.”

He was clear, and of course, I had assumed, that the spot would roast me pretty hard at the beginning.  I was prepared for that, and obviously willing to take it, so that wasn’t a barrier.

Given that everything sounded reasonable, I decided to give it a go.

Scheduling and the Shoot

It took the producer a week or so to pitch the spot and get it approved.  We tried to schedule the shoot ASAP, but the Trump administration kept making news that required the people on my shoot to put other priorities first.  It ended up taking a couple weeks or before the team actually got out to Phoenix.

In that time, the producer, who also functions as writer and director, had solidified more of the details of the segment.  It would begin with an interview between the correspondent and me, then we’d talk to some people on the street, and it’d end with a mock commercial.  Logistically, it made sense to shoot the interview in the evening on day 1, then shoot the commercial the next morning, and end with the street interviews on the afternoon of the second day.

So I met their team at the Hermosa Inn in the Biltmore area.  It’s quite a swanky joint, and I actually didn’t even know it existed until the shoot.  They’d been setting up for quite some time, but still had some more setup to do.  Because of my experience in advertising and the fact that I have a lot of friends in the indie movie community, I’ve been on quite a few sets and seen a lot of teams at work, but I do have to say that these guys were really top notch.  They sought perfection and would spend 10 or 15 minutes moving a vase around trying to get everything just right, and lots of other things like that.

While they were working, Desi and I had a chance to introduce ourselves and chat.  She was very classy, professional, and down to earth.  We talked about her family, how she ended up at Comedy Central, and just life in general.  One thing I thought was particularly interesting was her answer when I asked her if she saw herself more as an actress or a satirical journalist.  She quickly and emphatically said that she saw herself as an actress, 100%.  I think I was expecting her to feel like 50/50 or 60/40, so that was one part of our conversation that really stuck with me.

Once we started shooting it went fairly well.  The producer had prepared 20 or 30 questions for Desi, along with jokes based on my expected responses.  Sometimes we’d do a question a few times to get it as good as possible.  Sometimes one of them would think of a new joke on the fly so we’d try it again.  Sometimes she’d just repeat her joke/response a few different times with different inflection points.

I actually felt like the producer was watching out for me.  Sometimes when my answers weren’t the best, the producer would remind me of something I’d said in our initial phone call or that he’d seen on my blog or social media, and he would suggest a better way of answering.

We shot the interview for over 2 hours, and only about 3 minutes of that ended up going into the segment.  I don’t remember everything that we shot, but I will say that I thought that some of the jokes that didn’t make it into the final segment were funnier than some of the ones that did.

On day 2 we met at Papago Park.  They’d hired an actress to play my wife.  The city requires a ranger on hand at such shoots for some reason, so he was hanging around, too.  Nice guy.  That took an hour or 2, with lots of takes trying to get it just right.  As you could see, the wind wasn’t very cooperative, which was nice weather-wise, but not great for sound and such.

And then it was off to the capitol for the street interviews.  The capitol was actually pretty dead that day, so there wasn’t a lot of people to choose from.  But again after an hour or so we’d found a few people who were willing to go on camera.  Once that was wrapped up, we hugged, we cried (not really), and it was bye bye.

If you haven’t seen it already, here’s the actual segment after editing.  Keep reading afterward to find out what I thought of it.

The thesis of the final segment seemed to me to be subtly but materially different than the thesis I was pitched.  Desi was kind enough to say I’m pretty electable once I stop talking about sex, and is she ever right!  Still, the central premise seemed to be a little too “stop talking about sex” and not quite enough “a candidate who has sex shouldn’t be a big deal.”  But despite that subtle difference, response to the segment has been overwhelmingly positive.

I will say that I was surprised, and I’ll admit a little bit disappointed, that not only did they play back most of the things out of context (which I expected), they also edited me to make a few sentences that I didn’t actually say.  For example, I did not say that “I’ve had sex with lots of married women” or I’ve “had group sex with lots of people.”  While subjective (what does “lots” mean to you?) I don’t consider either of those to be true statements.

Also, I assume it’s fairly obvious, but yes the things they played as answers to her questions about my qualifications were obviously not things I said in the real conversation, but answers to other questions that they edited in.  Also, I didn’t just keep droning on about my sex life against Desi’s will, that was bits and pieces from a bunch of different questions edited into a single monolog.  It’s funny, I get it.

The man on the street part was funny but is not representative of my typical experience.  That might have something to do with the fact that I don’t typically have a person following me telling people that I’ve had group sex at the most awkward moment possible.

I was most bummed out that they didn’t include the full version of the commercial.  The producer wrote it, and I thought it was hilarious.  It basically read (going from memory here), “My name is Noah Dyer and I’m running for Governor of Arizona.  I’ve had lots of sex, including casual sex and group sex.  I’ve shared that with you because I want you to know that I will be a completely transparent and honest candidate.  Vote for me because I’m DTF: that’s Down to Fix – Arizona’s problems.”

The segment got bloggers and media to come out hard.  Certainly it’s not all praise.  Here are the articles I’m aware of.  As a rule they aren’t worth reading.  I don’t recommend wasting your time on them, but rather skipping past this to the section of media unrelated to the Daily Show.  They are included here only for the record.

Other Media not related to the Daily Show

Here are a couple other things that happened recently:

MEL Magazine did a feature on me:

I recorded a great podcast with The Minutemen:

Also, the Glendale Star discussed some of my complaints about early media coverage and party favoritism.  This article was based on complaints I issued about a month ago.

That’s it!  Thanks for reading!

Donate
Open Interviews for a Campaign Manager as Nontraditional as Noah

The Paris Agreement and Arizona
Scroll to top