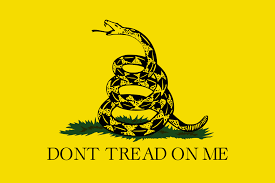 In this episode we talk to Mike Shipley: Secretary of the Arizona Libertarian Party (AZLP.org), Chair of Outright Libertarians (OutrightUSA.org), and Chair of Grassroots Citizens Concerned (refer2404.org).

Outright Libertarians is a group that bridges the Libertarian Party with the GSM (LGBTQ) community.  Grassroots Citizens Concerned is the political committee that is driving the HB2404 Referendum.  Noah is Secretary.  HB2404 is a bill that makes it harder to circulate petitions for citizens initiatives and referendums.

They discuss Libertarian principles in general, after which they touch on:

Stop reading and check it out in the player below or at any of the links!

Listen in the embedded player below.  You can also catch the podcast on libsyn, iTunes, Stitcher, and SoundCloud:

Donate
2 for 100 – Ending Homelessness in Arizona

May Giveaway – One of a Kind Tee
Scroll to top